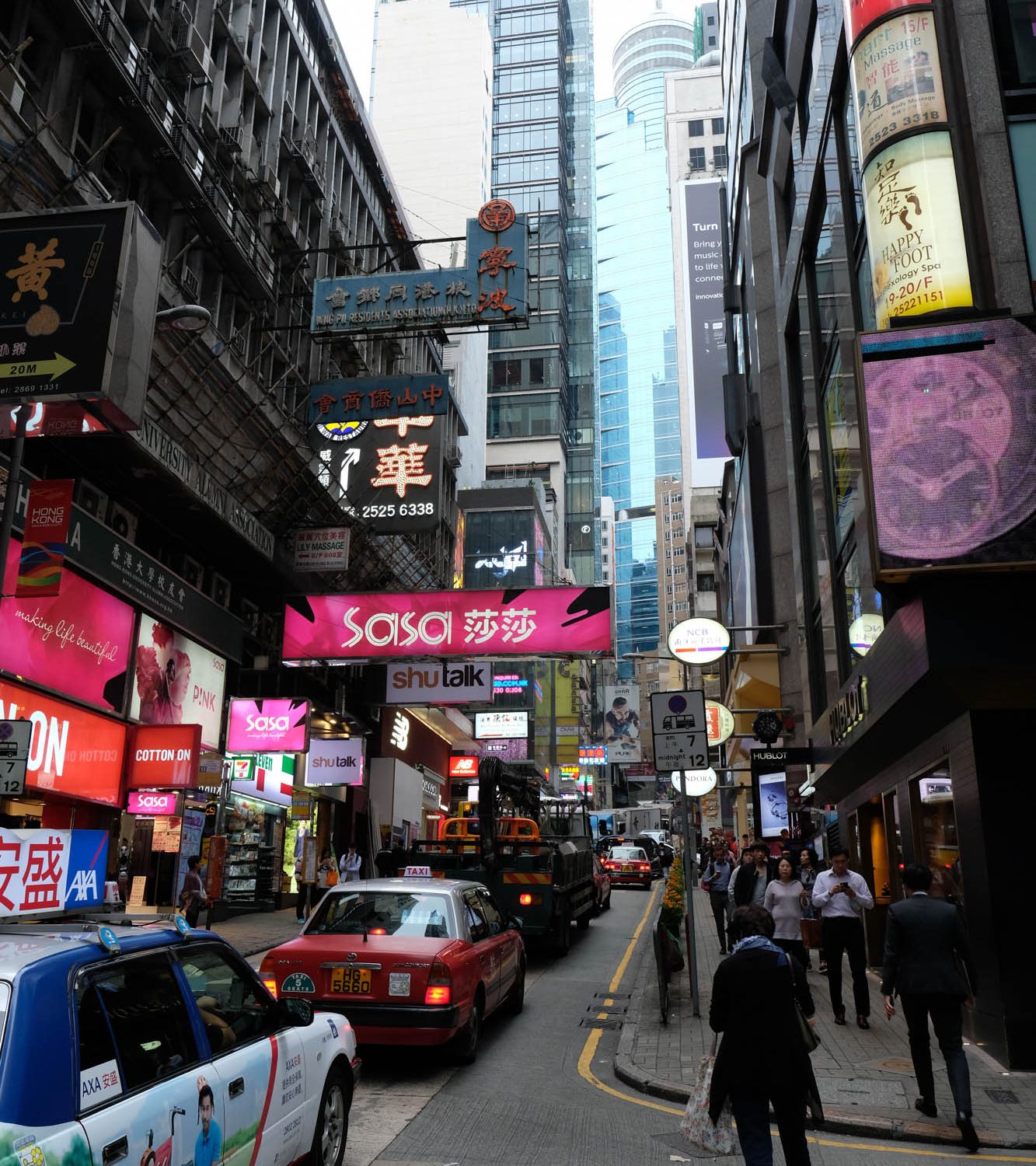 So nearly 13 hours later we arrived in Hong Kong !  But that was yesterday and we have been trying to make the most of our 48hrs in town.  We have been treated to rather misty weather which is a shame, but this hasn’t slowed us down.  After a quick change yesterday we went out for some dinner in a very authentic Chinese restaurant located in a very inelegant basement !  But it was pretty good even though we really didn’t know what we were eating (apart form the duck).  The bill says it all. This morning we breakfasted on a combination of noodles, fruit, chilli and cake (not all in the same bowl mind you) before setting out to scale Victoria Peak.  I say scale, when I really mean is ‘get the tram’ but you get my drift..

We had good views from the top but as you can see the mist tended to cover it all. After making our way back down we sought out one of the oldest tea and dim-sum houses in Hong Kong for a spot of light refreshment.  Pretty good if you don’t mind sucking the pork from the bones of your spare-ribs.  No prizes for guessing who ended up the messier of us ! And all over the nice white table cloth as well….. And whilst Sue was getting ready for dinner I took a view of the Harbour through our living room window. As this was our last night in Hong Kong we decided to go down to the harbour and take the Star Ferry ‘Symphony of Lights’ harbour cruise, which promised an amazing lights display accompanied by a soft drink and a set of biscuits ! Well, the low fog tended to reduce the spectacle of the lights and we passed on the biscuits  ! And no trip to Hong Kong would be complete without a walk down Nathan Street until we reached the Temple Street Night Market and all its ‘artisan products’ – read ‘tat’ – along with a spectacular number of ‘genuine copy’ bags and scarves for sale.