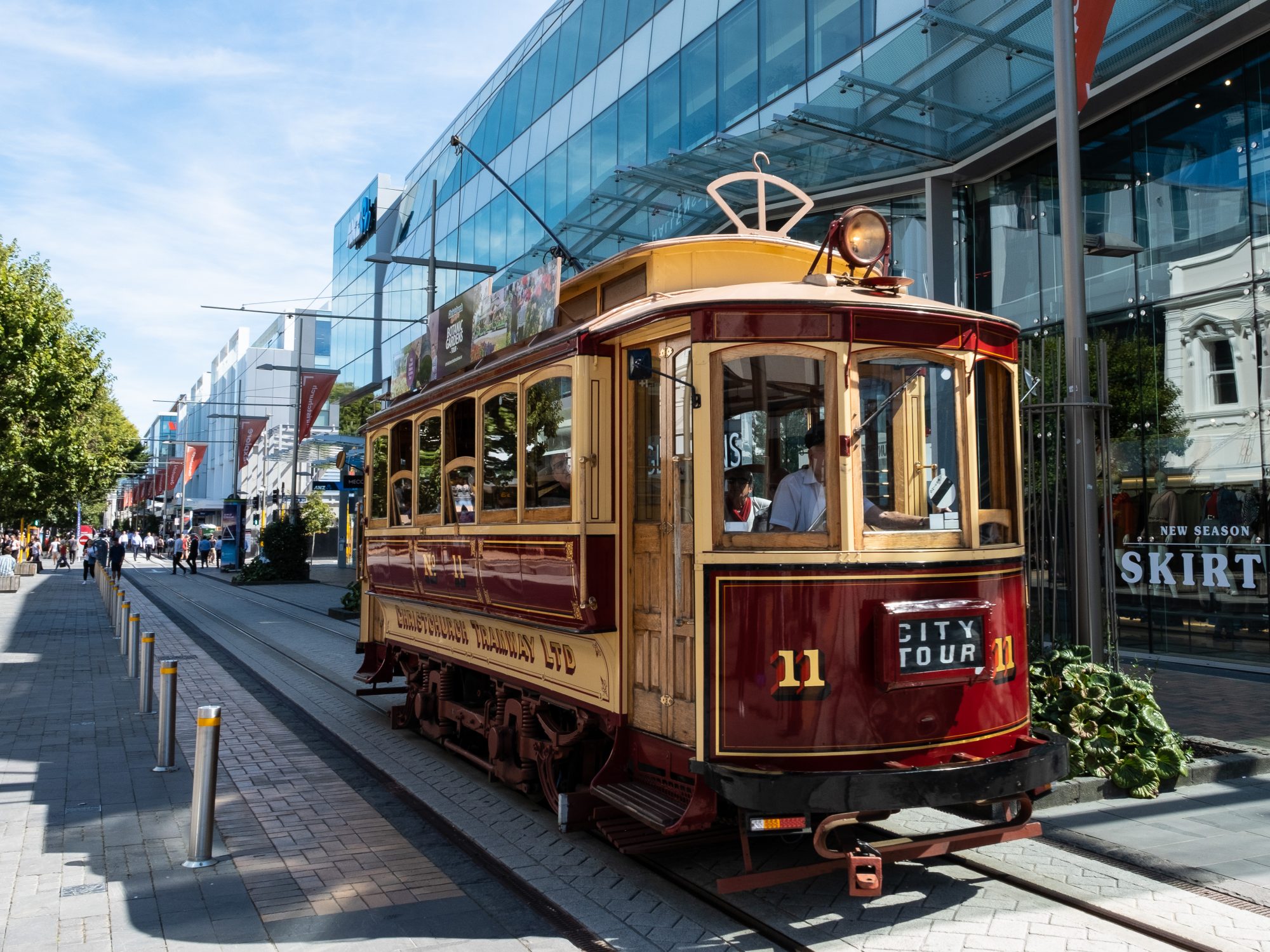 After 25 hrs in the air which took us from Birmingham, to Dubai and Sydney, we finally arrived in sunny Christchurch. You always know that a plane journey is long when you’re forced to watch Mama Mia in order to stay awake – especially when one of you can’t stand Abba (not me…!!)

We finally got to the hotel and after a quick shower we went off to explore. We didn’t get much further than the first bar where burgers became the order of the day, even though we had already had three breakfasts courtesy of the airline (even Hobbits only have two). And then we slept…..

Today is Tuesday, having lost 13hrs due to the magic of time travel, and after the best nights sleep either of us has had in months, we headed out to find some breakfast. After a short walk we arrived at the botanical gardens where we knew there was a cafe.

After our Monday night Burgerfest, we thought we would go for the healthy and nutritious option – the chia seed and coconut bowl with fruit and activated nuts (…don’t ask…😁). You won’t be surprised from the picture below to see why Sue thought she was eating frog spawn. Tomorrow we are having bacon.

Not quite as energised as we had hoped, we then wandered around the gardens before heading into town.

Christchurch is still trying to recover from the devastating earthquake of 2011 which caused the destruction of 1500 buildings, of which 80% were heritage. Today, the Cathedral, along with many others, still stands in ruins waiting for renovation.

Following the destruction of the Anglican cathedral, a transitional cardboard cathedral was erected close by.

Made mainly out of ISO containers and cardboard tubes, it still serves as the cathedral today and no doubt will do so for many years to come.

After a quick water stop, we jumped on the tram for a tour around the hotspots of Christchurch, learning about the history of the city from a retiree from Merseyside! He told us this was his summer job before he heads North for some warmer weather as winter approaches.

As we toured around, the devastation caused by the earthquakes was obvious to see. Buildings are boarded up, or braced with steel waiting hopefully for a new life in the future. In the meantime, the city is now a large building site as new replaces old. Street art has sprung up everywhere, creating something exciting and vibrant amongst the ruins.

By this stage, any energy provided by our frog spawn had dissipated and we started to feel a little hungry. One of Sue’s colleagues had recommended Pedro’s House of Lamb – and so a 30 minute walk later found us in a strip mall to the south side of the city. By this stage we were now starving and despite the whole shoulder of lamb supposedly feeding four, there was soon only a bone left 😁

Not wanting another walk when full of lamb we hopped on the bus back into the city. Having walked 15km in 26 deg of heat, we are now resting our aching feet and making plans for tomorrow 😁 Stay tuned…