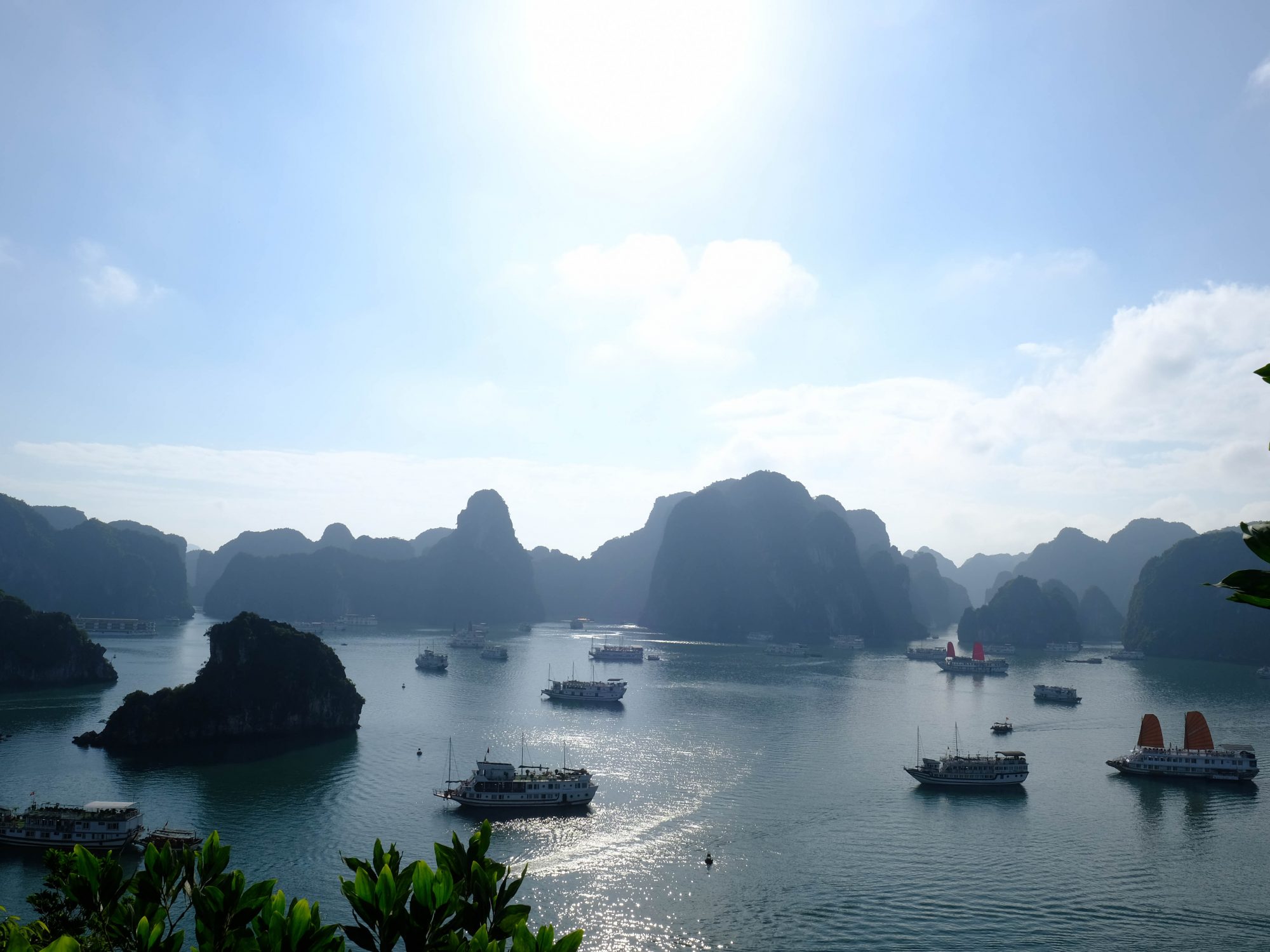 Hello from Halong Bay where we have spent the last few days on a cruise around the fabulous UNESCO World Natural Heritage site, blissfully free of a wifi connection or 3g signal 🙂 Halong Bay literally means “Descending Dragon Bay’ and was named when the Gods sent a family of dragons to help defend the land from attack by invaders. The family of dragons began spitting out jewels and jade, which transformed into the thousands of islands and islets dotting the bay, linking together to form a great wall blocking the invaders. as well as the opportunity to visit some of the various caves in the area.  One of the caves contained a fairy grotto with a silhouette of a fairy worn into the rock. From the picture, it was obviously not a benevolent fairy! Also on the itinerary was a trip to the local pearl farm where, as per local customs and traditions, we had to ‘exit via the gift shop’ – fortunately I had left my wallet on the big boat ! Yesterday was my birthday and I had managed to get though the whole day without anyone apart from Sue being aware – or so I thought! However, our dear travel agent had been kind enough to inform the boat crew and following a rousing chorus of a Vietnamese Happy Birthday, cake and fizz arrived 🙂 Today we have cruised back to the port taking in more of the amazing scenery in the bay. We are now en-route back to Hanoi airport to pick up our early evening flight to our next destination. As the journey to Hanoi is about 3.5hrs we made a pit-stop at a craft shop which provides work and raises money for children with birth defects, including those who are still affected by the use of Agent Orange dropped by the US during the Vietnam War. One of the ladies there told me how lucky I was to be married to Sue and how beautiful she is.  She was doing fine until she then said that Sue looked much younger than me! I mean, I know it was my birthday yesterday but really!