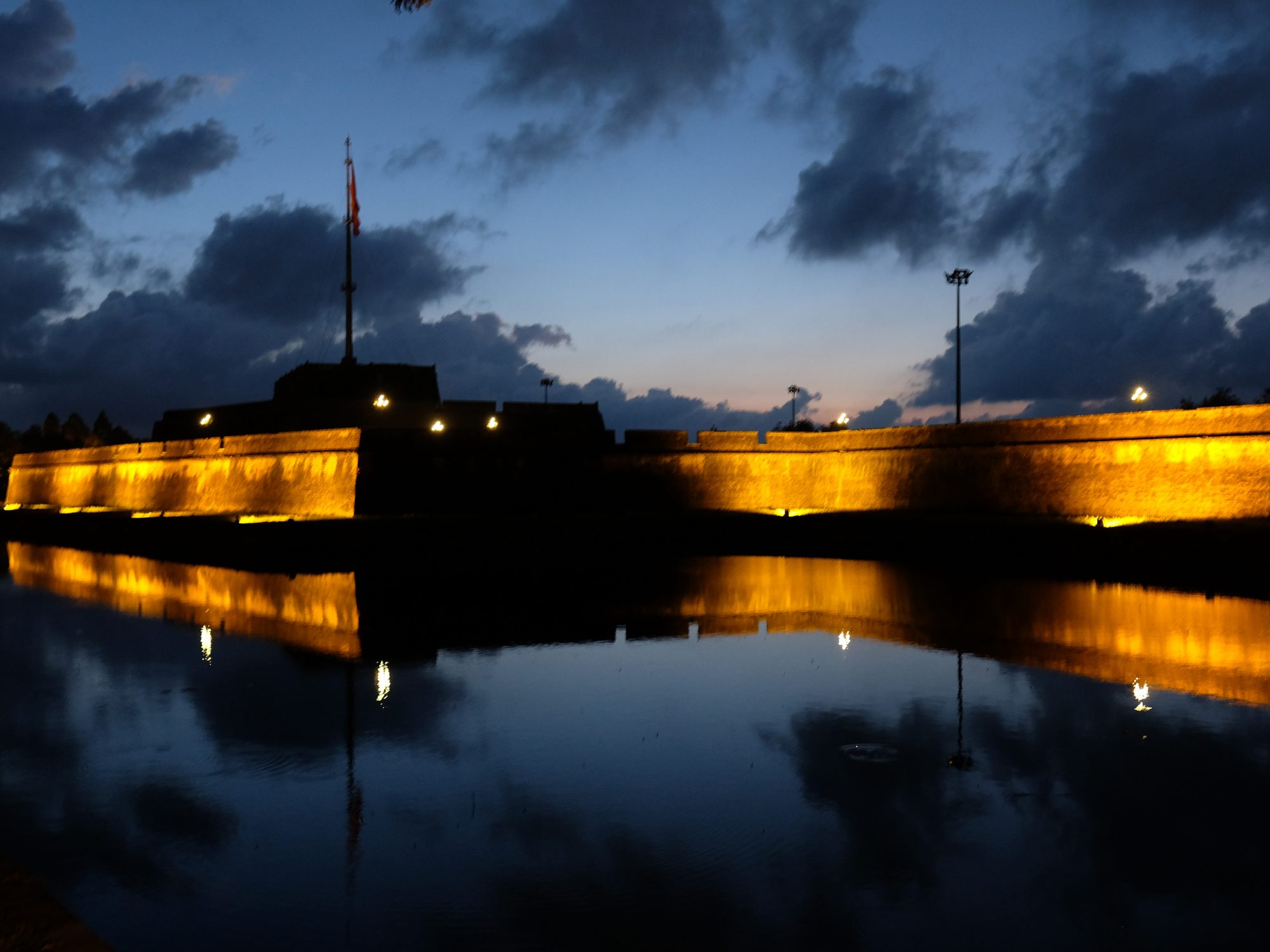 So finally, after a 1.5hr delay at Hanoi airport, we arrived at our next destination Huế.

We have flown from the north and are now in central Vietnam.  Huế is located on the Perfume River and was the seat of the Nguyen Dynasty emperors, as well as serving as the national capital from 1802-1945.  It is the home of many mausoleums, pagodas and temples, as well as the vast 19th-century Citadel, surrounded by a moat and thick stone walls.

As it was raining when we arrived (it is the rainy season after all) we decided to stay in the hotel and have some dinner, rather than venture further afield.

The next morning I started breakfast with an anti-aging juice following the comments from the previous day (!), before we set off exploring the surrounding area.

Our first stop was the mausoleum of Ming Mahn, the second Emperor of the Nguyen Dynasty and one of the most popular due to his reforming ways (opposed to playing football with the heads of his enemies..) Following this we jumped on a boat to cruise down the Perfume River back towards the hotel.  The river’s name comes from the smell from the plants that used to grow along it.  As well as being a tourist attraction many local people both work and live on the river. Part way down the river we stopped at the Thien Mu Pagoda or the Heaven Fairy Lady Pagoda in English.  The name of the pagoda derives from an old legend when, a long time ago, an old woman was seen to appear on the hill where the pagoda stands today, telling local people that a Lord would come and build a Buddhist pagoda for the country’s prosperity. Lord Nguyen Hoang them ordered the construction of the pagoda, the “Heaven Fairy Lady” or Thiên Mụ in Vietnamese.  This was in 1601 and today it remains the home to a Buddhist monastery, as well as being a popular tourist site. Following our visit we hopped back on the boat back to the hotel where the prospect of lounging on our balcony for the afternoon, with its view of the pool, became too great ! As evening approached we took a wander down into Huế and around the outside of the old Citadel which is situated on the Northern bank of the Perfume River.